Dealing With a Blocked Toilet

4 Reasons Why Your Shower Smells

If you can smell nasty odours when you take a shower, then you might have a problem in your plumbing system. This can happen for various reasons. Read on to find out common causes of smelly showers.

Shower drains can clog up. When soap scum and hair come together down the drain, they can create blockages that don't shift when water drains down the pipe.

If you have a blockage, then it might start to give off a nasty smell. It sits in your pipe and collects more debris. Often, if you have this problem, you'll also notice that your shower doesn't drain as fast as usual. The blockage takes up space and restricts water flow.

Even if your shower stays free from clogs, substances that run down your drain sometimes stick to the sides of pipes and other parts of your shower system. For example, bacterial waste can create a biofilm; sometimes, mould will then grow inside the pipe.

If you have a biofilm coating or mould problem, then your shower might smell musty or mouldy. When hot or warm water hits the film or mould, it releases organic smells.

Your shower should contain a trap in its pipes. This curved section of your plumbing holds back some water as it drains through your system. This water creates a sealed block to prevent nasty smells from coming out of your sewage system and back up through your drain into your bathroom.

Sometimes, traps develop problems. For example, they might dry up if you've been on holiday and haven't used your shower for a while. Here, the smell usually goes away once you take a shower and the trap refills again.

Or, a trap might get blocked or broken. If a problem creates a vacuum seal in the trap, then it won't be able to hold enough water to do its job effectively. In some cases, dirt simply gets stuck in the trap.

Smells from trap problems often smell like rotten eggs or even sewage. If your trap is simply dirty, then you might just smell a musty odour.

While you might not think that a leak in a pipe will make your shower smell, this can happen. If the leak allows gases to escape from your sewage system, then these gases will come up through your shower and give off a smell like rotten eggs or sewage.

If you can't identify or fix the smell coming out of your shower, then contact your plumbing contractor. 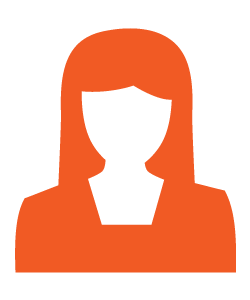 Hello, my name is Dave and this is my plumbing blog. Last week, I came home to a scene of utter destruction. My child had put one of his toys down the toilet and pressed the flush button several times. As a result, the pipe was blocked and the bathroom was flooded. I panicked and called my dad for advice. He told me to shut off the water and to call an emergency plumber right away. I did this and the plumber came out straight away. He was great and soon had the problem fixed. I have since become interested in the subject of plumbing so I decided to start this blog.